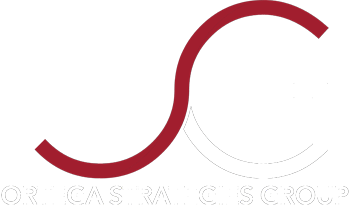 OSG brings a full compliment of skills in managing advocacy groups, handling crises, and issues statewide in California.  Such skills include advocacy, media relations and fundraising.

OSG has extensive experience and resources to manage advocacy organizations and programs.

Most recently, OSG orchestrated the creation of the California Association of Mutual Water Companies (“CalMutuals”) to advocate for small community-owned water system; and its sister organization, a public agency called the Joint Powers Risk Insurance Management Authority (“JPRIMA”) that offers low-cost liability and workers compensation coverage for small water systems – the first of its kind in the nation.

OSG is also instrumental in the foundation and management of Water Education for Latino Leaders (“WELL”) that in five years has already reached over half of California’s Latino county supervisors, mayors and councilmembers and prepared them to engage in the complex world of California water policy.

OSG assisted the International Longshore & Warehouse Union Local 13 with national and international media relations in averting a lock-out by employers at the Ports of Los Angeles and Long Beach during contract negotiations in 2015.

As strong advocates with government and the news media, OSG has also worked with water agencies, cities, developers and trade groups to deal with imminent regulations and legislation that would otherwise cost millions in compliance costs or litigation.

Such issues may involve winning the cooperation of public agencies, business, and community groups. 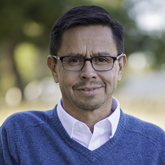 Adán has a history of handling complex strategic planning, and communications challenges excelling in the water and natural resources arena. He has 30 years of experience and understanding of resource and environmental issues through senior leadership roles in government, business, and environmental organizations throughout Southern California, California, and the United States.

Adán is Chairman of the Mujeres De La Tierra Board of Directors, a Board Director of Sustainable Conservation, and a trustee of the Southern California Water Committee. He is a former board member of the California Water Commission, the State Board of Food and Agriculture, Heal the Bay, the National Audubon Society, and Whittier College.

Adán is a graduate of Whittier College. 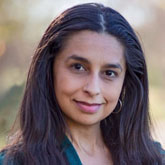 Monica Valencia brings more than 20 years of communications experience in journalism, government and non-profits to Ortega Strategies Group. She wrote for several daily newspapers including the Orange County Register, Los Angeles Times and the Inland Valley Daily Bulletin.  Her coverage topics include prisons, politics, education, government and the environment.

After newspapers, Monica served as the Deputy of Press and Legislative Affairs for Los Angeles City Councilmember Ed P. Reyes, who spearheaded the Los Angeles River Revitalization.  She was also an adjunct instructor at the University of La Verne, where she taught news writing and reporting. Monica went on to become the Director of Media Relations for the Archdiocese of Los Angeles, the nation’s largest Catholic diocese, under the leadership of Archbishop José H. Gomez and Pope Francis.

Monica has served on the boards for The Daily Californian and The Pasadena Symphony.  She received a Society of Professional Journalism award for her coverage of corruption at the Rialto Police Department and was nominated for a local Emmy for a documentary she co-produced on the Los Angeles River Revitalization. 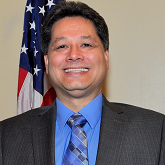 Henry Vandermeir began his career as a Computer Science instructor for the University of Maryland before becoming a project management training consultant for Mazda, IBM and other Fortune 500 companies. He has written more than 300 training manuals that have been sold to corporations, NGO’s, schools and universities around the world.

Mr. Vandermeir has also used his expansive skillset to help candidates and political organizations create successful outcomes, winning in areas that were seen as impossible.  As a result of using his skills within the political arena, Mr. Vandermeir was named one of Orange County’s “2016 Most Influential” in government.

Henry has a Master’s Degree from Boston University. 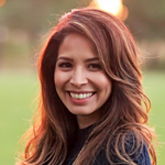 Denise brings expertise in the areas of government affairs, fundraising and management to OSG.

Denise brings expertise in the areas of government affairs, fundraising and management to OSG.

As Managing Director of California Association of Mutual Water Companies, she focused on outreach to small community-owned water suppliers.

She has also managed a political consulting business specialized in strategic fundraising development for local and state elected officials.

Denise developed her strong political acumen while serving as a staff member in the state legislature.

She holds a Master’s Degree in Public Administration from the University of Southern California. 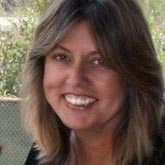 Robin is an award-winning graphics designer whose professional career spans more than 25 years in infographics, illustration, and communications.

As a graphics editor, she was part of the Pulitzer Prize-winning news team at the Orange County Register and has also won numerous graphics reporting awards including Best of Gannett/Artist of the Year, Society of News Design, and Society of Professional Journalism. As a Senior Designer, Robin has created print and web design content for UC Riverside and Samuel Merritt.

A gifted visual storyteller, she has produced design and illustration for private aviation companies that include a Boeing supplier, Interaction Research Corp., one of the largest producers of airline safety cards, and Illustrative Evidence, a supplier of courtroom presentations. 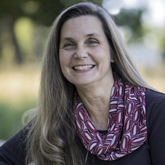 Susan most recently served as Assistant Vice Chancellor for Student Affairs at the University of California, Riverside.

She holds a doctorate in Education Administration from Syracuse University, a masters in Counseling from Southern Connecticut State University and a bachelor’s degree in Psychology from University of Hartford. 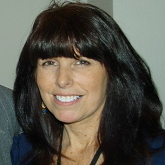 Through the strategic use of digital media and online marketing tools, Ms. Vandermeir has a history of helping clients better communicate with their targeted audience to build their brand and shape public opinion around controversial issues.

Lori has a Master’s Degree from Boston University.

What our clients say

“The strategic communications work you’ve provided our organization has been amazing! We’ve seen incredible growth in membership and influence across the state!”
Lisa Yamashito Lopez | Board President, CalMutuals
“Your expertise with water issues and strategic communications has helped our annual conference become the go-to event for Latino leaders. Thank you!”
Victor Griego | CEO, Water Education for Latino Leaders

Send Us a Message